DOWNLOAD THE GAME FREE
atr210.zip - 258k - Run ATROBS.EXE to play
Downloading ...
Found your game? Great! Glad you found it! Please consider saying thanks by making a small donation to support DOSGames.com. There are also other ways you can help!
Need help running the game? Check our DOSBox Guide to run DOS games on modern computers.

DOSGames.com Review:  Rating: 3.5
AT-Robots is a later interpretation of early programming games like C-Robots. In this game, you write code using a variation of assembly language to program your robot to be an elite fighting machine. Then you can pit your robot against others that come with the program or that have been designed by other players. Up to six different robots can battle at once! Unlike earlier games that use text-mode, there are some primitive line graphics used here to display the battles. There are multiple options that can be configured from the menu using the mouse which is more user-friendly. Programming your own robots will be a challenge though if you don't already know some assembly language!

If you enjoy AT-Robots, you might also enjoy playing these games: 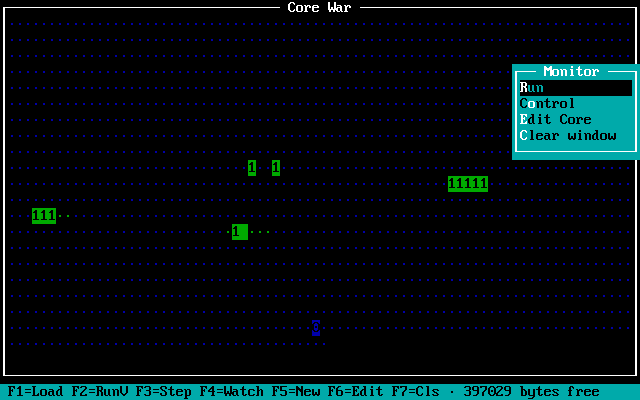 AT-Robots, #932. Added to website: 2019-07-15. All copyrights, trademarks, etc, are property of their respective holders.
Back to top
Rating:
Saving
Saving, please wait
What is a file_id.diz file?
FILE_ID.DIZ is a plain text file containing a brief description of the content in an archive (ZIP file), usually written by the developers themselves. It was often used in archives distributed through bulletin board systems (BBS).
AT-Robots screenshot