DOWNLOAD THE GAME FREE
worldquest.zip - 221k - Run WQ.EXE to play
Downloading ...
Found your game? Great! Glad you found it! Please consider saying thanks by making a small donation to support DOSGames.com. There are also other ways you can help!
Need help running the game? Check our DOSBox Guide to run DOS games on modern computers.

DOSGames.com Review:  Rating: 3
World Quest is not an RPG or strategy game as you might expect from its name; rather it's a shoot-em-up. I think today it would be described as a "bullet hell" game because there are constantly bullets flying all around the screen from everywhere, both your ship and from the enemies. The screen scrolls horizontally to the right, and most of your opposition is on the ground or ceiling. There is a boss at the end of each level, of which four are included in the shareware version of the game. Your ship has a large life bar (on the right side of the screen) which is a good thing because often it seems impossible to avoid taking damage!
FILE_ID.DIZ:
╓────────────> World Quest v1.0 <───────────╥
║VGA Arcade game featuring smooth scrolling,║
║Great SoundBlaster effects and music,      ║
║joystick or keyboard control, and massive  ║
║fire power. Written with the WordUp        ║
║Graphics Toolkit v3.2. Over 140 sprites    ║
║onscreen at once!                          ║
║Released Jan 10, 1993.                     ║
║Shareware $15 WordUp Software Productions  ║
╙───────────────────────────────────────────╜

If you enjoy World Quest, you might also enjoy playing these games: 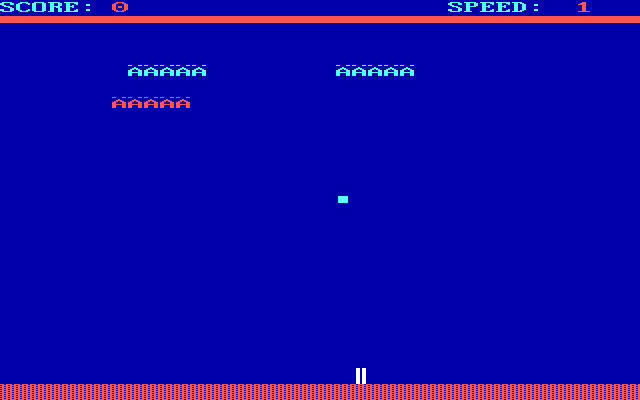 World Quest, #785. Added to website: 2018-12-07. All copyrights, trademarks, etc, are property of their respective holders.
Back to top
Rating:
Saving
Saving, please wait
What is a file_id.diz file?
FILE_ID.DIZ is a plain text file containing a brief description of the content in an archive (ZIP file), usually written by the developers themselves. It was often used in archives distributed through bulletin board systems (BBS).
World Quest screenshot