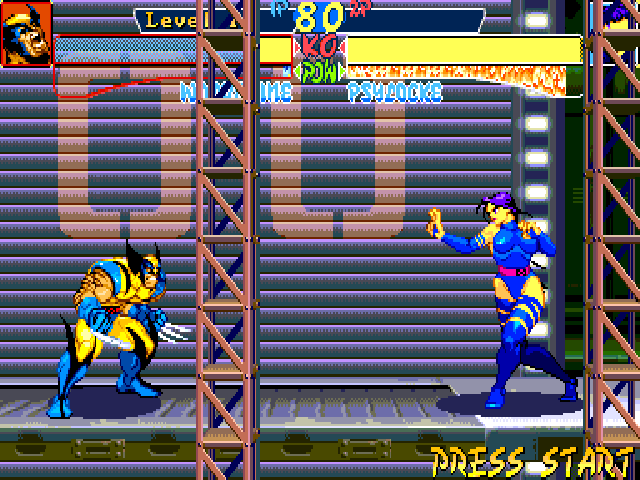 X-Men: Children of the Atom

DOWNLOAD THE GAME FREE
pete.zip - 336k - Run PETE.EXE to play
Downloading ...
Found your game? Great! Glad you found it! Please consider saying thanks by making a small donation to support DOSGames.com. There are also other ways you can help!
Need help running the game? Check our DOSBox Guide to run DOS games on modern computers.

DOSGames.com Review:  Rating: 4
If you've played Spitwad Willy, you've played Pea Shootin' Pete. While I'm not entirely sure about the history of this game, it seems as though after Raoul Said created Spitwad Willy, he either licensed it to Pack Media Company under a new name, or rebranded it when be became involved somehow with the company. Anyways, other than that, it's pretty much the same game, and as such still borrows heavily from Pang (aka Buster Bros). Still fun to play, though as mentioned if you've already played Spitwad Willy it becomes rather unnecessary.

If you enjoy Pea Shootin Pete, you might also enjoy playing these games: Pea Shootin Pete, #95. Added to website: 2017-11-17. All copyrights, trademarks, etc, are property of their respective holders.
Back to top
Rating:
Saving
Saving, please wait
What is a file_id.diz file?
FILE_ID.DIZ is a plain text file containing a brief description of the content in an archive (ZIP file), usually written by the developers themselves. It was often used in archives distributed through bulletin board systems (BBS).
Pea Shootin Pete screenshot