DOWNLOAD THE GAME FREE
awing12.zip - 2,972k
Downloading ...
Found your game? Great! Glad you found it! Please consider saying thanks by making a small donation to support DOSGames.com. There are also other ways you can help!
Need help running the game? Check our DOSBox Guide to run DOS games on modern computers.

DOSGames.com Review:  Rating: 4.5
Assault Wing is a multiplayer action / deathmath game where you pilot your space ships against each-other in a Liero-like dogfighting environment. Here, your ships are affected by gravity and you will need to maneuver carefully while you track down and shoot at your opponent(s). The graphics are great, and the framerate is impressive given that the action takes place in split-screen, with up to four players competing at once. There are a variety of ships, arenas, and weapons to choose from to keep the fights interesting. There is also modem support but apparently it does not work well (I did not test it!). Definitely worth trying if you want a fast-action deathmatch game that can be played by multiple people locally! Review the extensive documentation in AWING.DOC for more info about the game.
FILE_ID.DIZ:
/-------[Assault Wing  1.2]-------\
The Ultimate Freeware Shoot Your
Friends Up Cave Flight Game
After one year of bugfixing
A great game for many players
Supports mouse, joystick, GUS
SB, silence. Requires VESA 2.0,
fast video card and a 486 too.
Pentium recommended.
Lots of Weapons, Bonuses & Stuff
contains subdirs; unzip with -d
\---------------------------------/

If you enjoy Assault Wing, you might also enjoy playing these games: 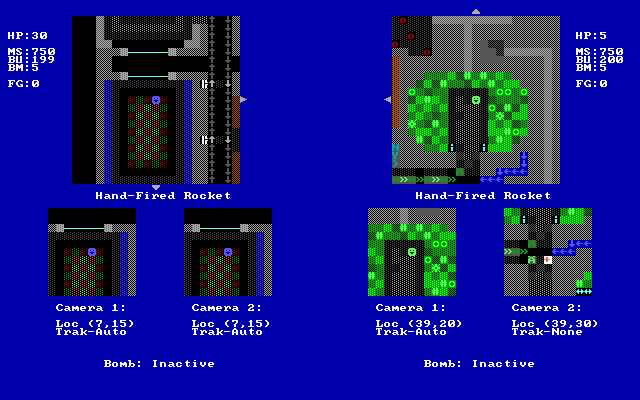 Assault Wing, #1170. Added to website: 2020-07-23. All copyrights, trademarks, etc, are property of their respective holders.
Back to top
Rating:
Saving
Saving, please wait
What is a file_id.diz file?
FILE_ID.DIZ is a plain text file containing a brief description of the content in an archive (ZIP file), usually written by the developers themselves. It was often used in archives distributed through bulletin board systems (BBS).
Assault Wing screenshot