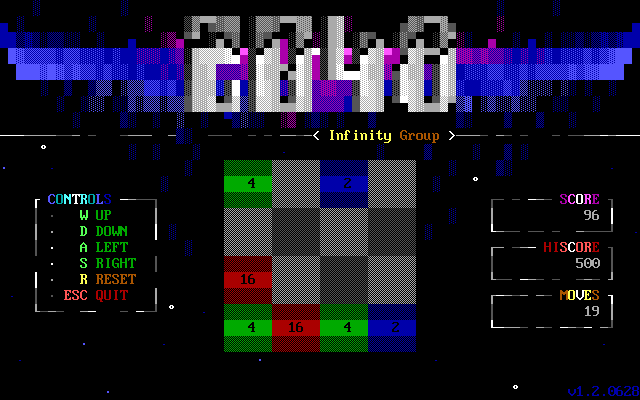 DOWNLOAD THE GAME FREE
DOSBOX_SANTA3D.ZIP - 1,441k - Run SANTA3D.BAT to play
Downloading ...
Found your game? Great! Glad you found it! Please consider saying thanks by making a small donation to support DOSGames.com. There are also other ways you can help!
Need help running the game? Check our DOSBox Guide to run DOS games on modern computers.

Original archive (santa3d.zip, 1,437k) - The main download link above works in DOSBox after unzipping; the file santa3d.zip is the original.

DOSGames.com Review:  Rating: 2.5
Spread the holiday cheer with this mediocre somewhat-Christmas themed game! It was released by Pie in the Sky Software to promote their 3D game creation system. As such, it's a decent game made with it, but it's still not great. There is a story in the game but it's not too important. You're running around outside in a forest with a lot of trees. A candy cane is your only weapon (?!) and you have to pick up Christmas stockings which work as ammo (?!?!). The original website describes it like this: "Armed with a magic candy cane that shoots jingles and sprinkles, you run around the North Pole gathering gifts, freeing grounded reindeer, and thawing out elves. Beware of the growling abominable snowmen and the menacing grinchy creatures!" Generally it looks and sounds okay, and as with all Pie in the Sky 3D games, it plays a bit too twitchy. It's not obvious what you're supposed to do or where to go, or even which characters are enemies.
FILE_ID.DIZ:
SANTA'S RESCUE 3D VERSION 1.01
Full multi-level 3D Family Game,
Fun for whole family.   Great quality
sound effects and music.  Stop the evil ice
wizard who has captured Santa.  Program
will run on DOS, or Windows 95 systems.
Shareware registration fee $15.
Req. 386-33 or better,  VGA, S Blast opt.

If you enjoy 3D Xmas Adventure: Santa's Rescue, you might also enjoy playing these games: 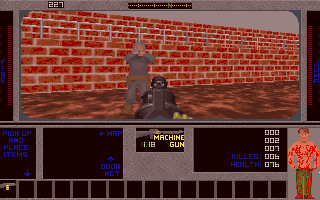 3D Xmas Adventure: Santa's Rescue, #780. Added to website: 2018-12-05. All copyrights, trademarks, etc, are property of their respective holders.
Back to top
Rating:
Saving
Saving, please wait
What is a file_id.diz file?
FILE_ID.DIZ is a plain text file containing a brief description of the content in an archive (ZIP file), usually written by the developers themselves. It was often used in archives distributed through bulletin board systems (BBS).
3D Xmas Adventure: Santa's Rescue screenshot