DOWNLOAD THE GAME FREE
DOSBOX_CHEX2.ZIP - 6,330k - Run CHEX2.BAT to play
Downloading ...
Found your game? Great! Glad you found it! Please consider saying thanks by making a small donation to support DOSGames.com. There are also other ways you can help!
Need help running the game? Check our DOSBox Guide to run DOS games on modern computers.

Original archive (chex2.zip, 2,085k) - The main download link above works in DOSBox after unzipping; the file chex2.zip is the original.

DOSGames.com Review:  Rating: 4
Chex Quest 2 is the free sequel to everyone's favorite cereal-themed shooting game! (Does playing this game make you a cereal killer? ... Sorry.) This official sequel was distributed via the Chex website, and is sorta an add-on since it requires a copy of the original game to make it work. Supposedly it was rushed out quickly. The game itself plays pretty much the same as the first game, with a lot of the same enemies using the same Doom engine. There are some new enemies and graphics though to keep the interest of the hardcore Chex Quest players. (I'm sure they exist somewhere?!) The original download contains just the .WAD file, the .BAT to run the game, and instructions; the DOSBOX_CHEX2.ZIP download from DOSGames.com includes these files plus the original Chex Quest files required to make it run. (Also Chex Quest 3 for Windows was released, and is now officially being promoted by General Mills. Nice!)

If you enjoy Chex Quest 2, you might also enjoy playing these games: 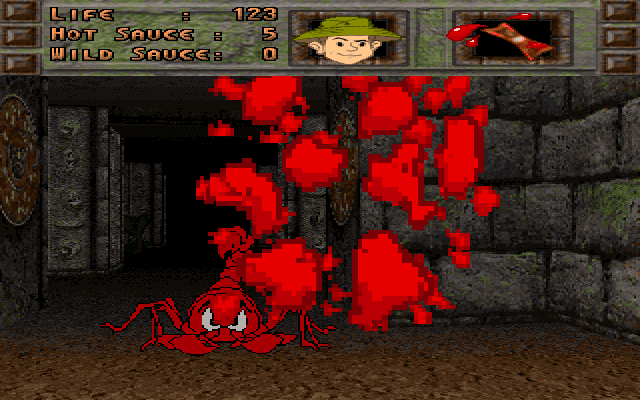 Play online in browser
Warning: This game is over 6 megabytes!

Chex Quest 2, #674. Added to website: 2018-08-22. All copyrights, trademarks, etc, are property of their respective holders.
Back to top
Rating:
Saving
Saving, please wait
What is a file_id.diz file?
FILE_ID.DIZ is a plain text file containing a brief description of the content in an archive (ZIP file), usually written by the developers themselves. It was often used in archives distributed through bulletin board systems (BBS).
Chex Quest 2 screenshot