DOWNLOAD THE GAME FREE
DOSBOX_SIMONA.ZIP - 468k - Run SIMONA.EXE to play
Downloading ...
Found your game? Great! Glad you found it! Please consider saying thanks by making a small donation to support DOSGames.com. There are also other ways you can help!
Need help running the game? Check our DOSBox Guide to run DOS games on modern computers.

Original archive (SIMONA2.ZIP, 462k) - The main download link above works in DOSBox after unzipping; the file SIMONA2.ZIP is the original.

DOSGames.com Review:  Rating: 3.5
Ever wanted to play a shameless shareware knockoff of Where in the World is Carmen Sandiego? If so, you're a bit of a strange duck. Also, Catch Simona in New York City may be right up your alley! Just like the game it's copying, your goal here is to catch a criminal by traveling around and collecting clues before getting a warrant and arresting the bad guy/girl. As the name suggests, the game takes place entirely in New York. The graphics are decent, obviously derivative of the game it's cloning right down to the typewriter in the lower corner. This game also REALLY wants you to register it, with a 10 second intro wait and a constant message on the screen admonishing you to send the developer money! Not a bad game actually but the shareware version has a limited number of missions available, and the fact that it's a clone and constantly begs for money is a bit off-putting.

If you enjoy Catch Simona in New York City, you might also enjoy playing these games: Where in the USA is Carmen Sandiego? 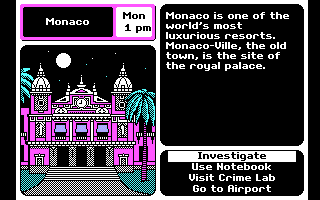 Where in Europe is Carmen Sandiego? 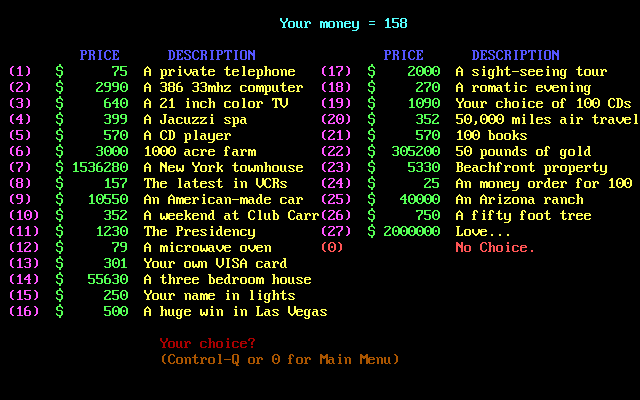 Catch Simona in New York City, #755. Added to website: 2018-11-13. All copyrights, trademarks, etc, are property of their respective holders.
Back to top
Rating:
Saving
Saving, please wait
What is a file_id.diz file?
FILE_ID.DIZ is a plain text file containing a brief description of the content in an archive (ZIP file), usually written by the developers themselves. It was often used in archives distributed through bulletin board systems (BBS).
Catch Simona in New York City screenshot