General discussion for all topics related to DOS, Windows, Linux, consoles, etc. Anything to do with games.
Post Reply
1 post • Page 1 of 1

Now that the first Warcraft game is sold again, I took a little interest in the user-made content created for the game.

Blizzard never released any development tools for Warcraft besides the unit stats editor, but a certain BJ Pollard reverse-engineered the map format and in 1995 wrote and made public an editor that allowed to create user maps for the game. These would be loaded a simple saved game files and distributed as such.

There were quite a few levels created with this tool, albeit not as many as Warcraft II PUDs. Some were even published on several PC Gamer coverdisks alongside Doom WADs and other user-created content. However now these levels are very hard to find. By digging the Internet Archive's Wayback Machine, I was able to find a webpage from the late 90s which contains some 38 intact downloads: Melle's Warcraft page

This is the largest collection I've found so far. A few more can be found here (alongside duplicates from the first page repacked in ARJ), and yet four more scenarios by Kenny Chong. Several more are mentioned on this page but sadly the downloads were not preserved by the Wayback Machine.

Here's a sample screenie from a scenario I picked at random (traitors.zip): 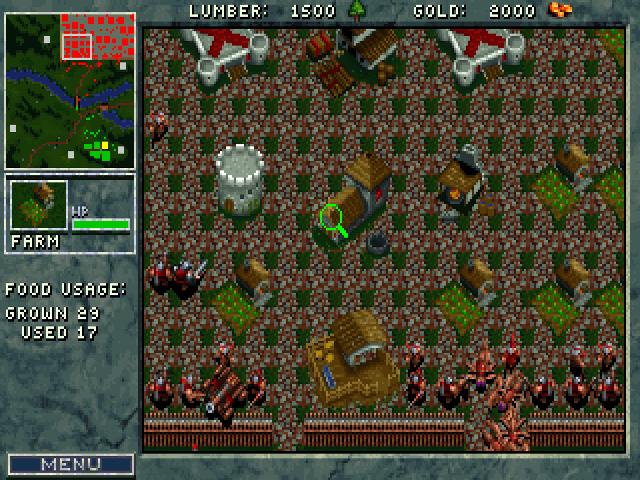 The editor is a 16-bit application and thus is not likely compatible with modern Windows versions. I was unable to run it through Wine in Linux.
DOS Games Archive | List of free open source games | List of free closed source games
Top
Post Reply
1 post • Page 1 of 1