by wardrich
[EDIT]
This thread was originally around for me to post up pics of my Cavity album, but I felt it would be even better for everybody to post pics of whatever picture (or non-black) records.
[/EDIT]

So, I finally found the USB card reader, so here are some pics of the album.
wtf is up with the CSS for tables leaving behind this MASSIVE blank space?

*I even don't dare tell you what my grandchildren would do with that platter, you probably get a heart attack......*
by Check-Mate
That's a SWEEET Record!
I've never heard of Cavity though.
But COOL.
by wardrich

Check-Mate wrote:That's a SWEEET Record!
I've never heard of Cavity though.
But COOL.

Probably not. Not only are they not your style of music, but they're also one of very few doom/sludge metal bands... which is really underground as far as metal goes. They formed in 1992, so they were one of the first sludge bands around (Eyehategod being the first). You can also tell by their sound that they were VERY influenced by EHG. They broke up in 2002. Their music is really hard to find... like, you can really only get it on eBay, and you can expect to pay no less than $30 for an album (for the most part). A mint condition Laid Insignificant package will probably go for an easy $50.
by wardrich
Added shots of my Sabbath Bloody Sabbath album (which arrived yesterday) and a few others -- See the original post.

(Did I mention that my dad used to work at a record pressing factory a few decades ago?)
by cyb3r.god3
i love you wardrich
by wardrich


Hahaha. Okay?
by wardrich
To come at a time when I am feeling less lazy and more inclined to take pictures:

by Wally
It seems that Cavity and select songs are on iTunes now.
http://phobos.apple.com/WebObjects/MZSt ... 9&s=143460

We are unable to find iTunes on your computer.

eww, screw iTunes. lol. Cool that they've got music on there, but I doubt any of the band makes money off of it. HydraHead is planning on releasing/has released a re-issue of Laid Insignificant which is BAD ASS. Of course, the original will probably still sell for around $50 on ebay, but still... I really just want the music. lol.
by cyb3r.god3
it aint exactly a picture disc but it looks awesome, seeing as my camera is bad i got this from google. My album has a yellow cover not red 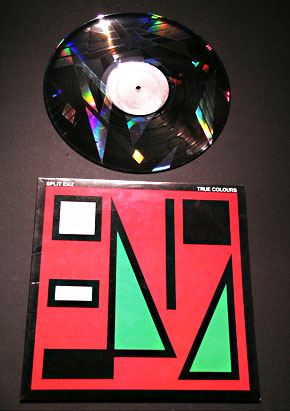 cyb3r.god3 wrote:it aint exactly a picture disc but it looks awesome, seeing as my camera is bad i got this from google. My album has a yellow cover not red

That's pretty awesome, is it like a holographic image under the vinyl? What band is it?
by wardrich
Updated the list. Dosraider, I Finally took pictures of Death on the Road. They turned out really well.
by dosraider
Very nice looking disks.